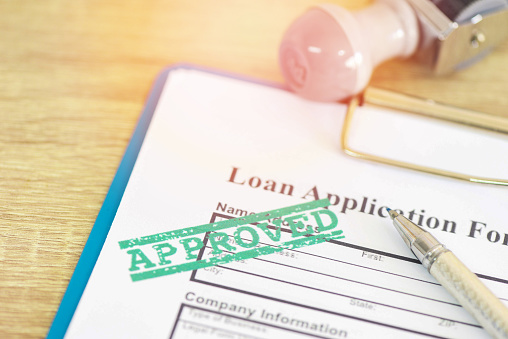 “Be a caretaker and not an undertaker.”

This is a comment often made by a prominent speaker at independent dealer conferences. The intention of this remark is to advise dealers to lead their customers to purchase vehicles that fit their budgets. Marginal credit customers may select vehicles that are more expensive than they probably can afford. However, is this the responsibility of the creditor? Evidently so, when one considers the following statement from the Massachusetts Attorney General regarding a case against a sub-prime financing source:

“This company made unaffordable and illegal loans [sic] to borrowers, causing them to fall into thousands of dollars of debt and even lose their vehicles. We are taking a close look at this industry and we will not allow companies to profit by violating our laws and exploiting consumers.”

Santander
The Connecticut Attorney General provided this summary of the Santander matter in its press release in May 2020 (it is paraphrased):

Based on the multistate investigation, the coalition alleges that Santander, through its use of sophisticated credit scoring models to forecast default risk, knew that certain segments of its population were predicted to have a high likelihood of default. Santander exposed these borrowers to unnecessarily high levels of risk through high loan-to-value ratios, significant backend fees, and high payment-to-income ratios.

The coalition also alleges that Santander’s aggressive pursuit of market share led it to underestimate the risk associated with loans [sic]by turning a blind eye to dealer abuse and failing to meaningfully monitor dealer behavior to minimize the risk of receiving falsified information, including the amounts specified for consumers’ incomes and expenses. Finally, the coalition alleges that Santander engaged in deceptive servicing practices and actively misled consumers about their rights, and risks of partial payments and loan extensions.

In September 2021, the complaint was settled for 27.2 million dollars by an Assurance of Discontinuance. A key term in the AOD was that Credit Acceptance Corporation did not admit to any fact of noncompliance with any state or federal law, rule, or regulation.

Exeter Finance LLC
Pursuant to an Assurance of Discontinuance in April 2019, Exeter Finance LLC will pay more than $5.5 million for its role in allegedly financing unfair, sub-prime auto retail installment sale contracts in Massachusetts. Delaware also settled with Exeter with the same allegations.

The Massachusetts Attorney General alleged that Exeter facilitated the origination of retail installment sale contracts that Exeter knew or should have known were unfair and in violation of state law. Courts have held that lending is unlawful if financing sources do not have a basis for believing that consumers will be able to repay their obligations. In addition, it was alleged that Exeter mishandled servicing and collections.

What conceivable results could there be for dealers?
Dealers need to be reminded that they are creditors. By TILA definition, a dealer who regularly engages in retail sales of vehicles, where there is a finance charge, and the dealer is the party to whom payment is initially owed, is a creditor. How broadly could this definition apply?

A growing body of law is the legal theory of financing source lender liability, a concept that first gained prominence in the mid-1980s. Lenders must treat their borrowers fairly, and should they not do so, they can be subject to borrower litigation under a variety of legal claims, usually a broad application of contractual breach and fraud. On the other hand, the high standard of a fiduciary relationship presently does not apply.

The general rule of law is that the relationship between financing sources and debtors does not create a fiduciary duty. A fiduciary must act in a way that will benefit someone else, usually financially. There are exceptions to this rule in certain states such as California. Of course, other states can always dictate this status in the future. There are legislative initiatives to create these fiduciary duties, similar to the Santander settlement, for banks and other similar organizations. It might, eventually, apply to dealers.

For now, though, dealers are safe as creditors, and bear no such apparent liability. Howbeit, wise dealers will undertake to be caretakers for their customers, not undertakers.
(Note: The attorneys general continue to use the term “auto loans” in their pleadings and press releases, which is technically inaccurate, as dealers contract with consumers utilizing retail installment sale contracts. It is a common error and should be avoided.)