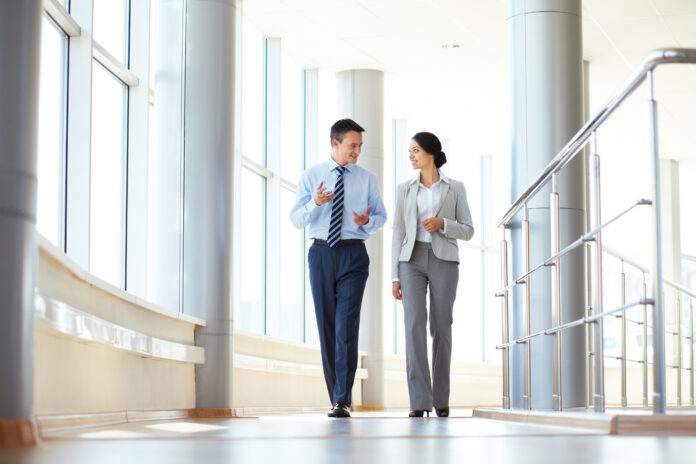 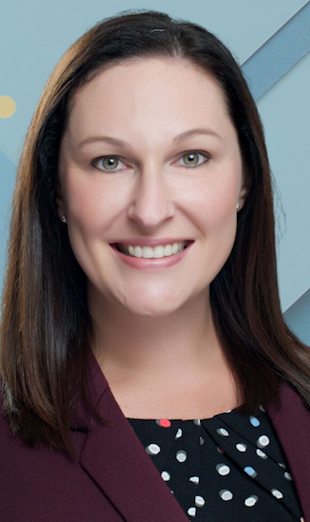 Family
Jennifer Martin grew up in the suburbs of Detroit, Michigan, but attended Florida State University, earning both her bachelor’s and master’s degrees. She currently lives in Tallahassee. Her husband, Lee, also attended FSU, although the two did not meet until after graduation via mutual friends. When we began to talk about family you could see Jennifer light up. She has been married to Lee for 10 years and they have two children. Their son Charlie is eight years old and daughter Clara is five. Jennifer adds with a laugh, “Clara is like five going on 15.” She continues, “They are at fun ages right now; they still like us and want to be with us. They are getting into their own activities and keeping us very busy.”

Career
Jennifer started her career working on political campaigns and then developed a background in legislative advocacy and policy making, working for various trade associations. Her first position was with the Florida Home Builders Association. Later she worked for the Florida Chamber of Commerce for a number of years and has spent the past decade working with the League of Southeastern Credit Unions & Affiliates, which include the states of Florida, Alabama and Georgia.

Jennifer wanted to emphasize the vast knowledge and experience she has gained while engaged with these various associations. “Associations, in general, have similar missions, but are different in structure and offerings. I developed my passion for member service when working for the Florida Home Builder Association.”

Jennifer started there in 2007 when the housing market tumbled. Her role was a newly created position. There was a need for someone to follow up with all of the local associations across Florida and to be a liaison between government affairs and advocacy folks. When Jennifer left the Home Builders Association in 2010, membership had dropped from 20,000 to 10,000 and their staff of 25 had been reduced to under 10, mostly due to layoffs. “That was early on in my career and fairly traumatic to experience. It was sad to see so many businesses, some 3rd or 4th generation go under. There was a silver lining, though. With the decreased staff, it allowed me to work and learn in other areas, such as member services, education and management, and conference planning. If it had not been for an unsecure future there, I probably would not have left because I enjoyed the work and our members so much.”

The opportunity was then presented for Jennifer to work with the Florida Chamber of Commerce. A gentleman that she had worked with on a couple campaigns reached out to her to offer a position in their governmental affairs department. “It was a great opportunity to learn about some different issues,” she said. “The chamber has members ranging from Walt Disney World to mom and pop shops.” Jennifer continued, “What I learned most from my time at the Chamber was emphasizing building a brand. We were very big on that: portraying who we were and how we wanted to market ourselves. Branding and coalition building with stakeholders who have similar goals was a huge learning process for me. It also was a very fast paced job, which helped me prepare for juggling priorities and multi-tasking.”

During the last 9.5 years Jennifer has worked at the League of Southeastern Credit Unions (LSCU). This position gave her more opportunity to interact with the members. She started in advocacy and spent much of her time in Tallahassee and D.C., lobbying lawmakers and building relationships with regulators and the CFPB.

Jennifer held a variety of positions at LSCU including legislative affairs director; senior director of governmental affairs; SVP of strategic initiatives, and Chief of Staff. She also oversaw human resources and operations during her tenure, and most recently was head of education and training and member engagement.

In addition to the above, Jennifer was in charge of strategic oversight and tasked with creating a more positive workplace culture. She was involved with so much more including leading the pandemic response committee. She states, “At LSCU, they invested in their staff. I was able to take advantage of numerous opportunities for professional development and leadership training.”

Why NAF?
Jennifer first learned of the NAF Association position through Automotive Personnel owner and NAF board member, Don Jasensky. Jasensky reached out directly to her.

“Don was kind and professional and seemed like a great ambassador for the association, so I was interested in continuing the conversation,” she recalls. “Before and during the interview process, it was apparent that the board wanted to look at innovative ways to evolve the association. It was the right time and the right opportunity for me to make the move.”

I asked Jennifer what she has noticed most in her first few weeks with the association. She was quick to point out that the staff, board of directors, members and industry partners have all been very supportive and welcoming. Jennifer emphasized, “It is obvious that Jack Tracey laid a great foundation for the association. Everyone that I talk with has nothing but great things to say about him and the association. And the association has a great team in place: Cindy, Diane and Mary Ellen have done an incredible job keeping things moving throughout the transition.

“Now is a transformative time for the organization. We have an opportunity to expand current benefits of affiliation, explore new offerings to grow the membership, and ensure we have a sustainable strategy for the future. The NAF Association will serve as the premier association for the non-prime auto lending industry by providing relevant services and solutions to support its members in fulfilling their mission.”

Several times during our conversation, Jennifer said she is looking forward to visiting with attendees during the NAF Association’s annual conference on June 1-3 in Plano, Texas.

Please make it a point to travel and attend our conference in Plano and meet Jennifer Martin to hear more about her plans for growth and development of the NAF Association. I guarantee you will be quite impressed!

A Failure to Plan Is a Plan to Fail: Developing a Written Incident Response Plan

2022 NAF Conference: A Sneak Peek at New Initiatives and Benefits of Membership

A Failure to Plan Is a Plan to Fail: Developing a...

2022 NAF Conference: A Sneak Peek at New Initiatives and Benefits...