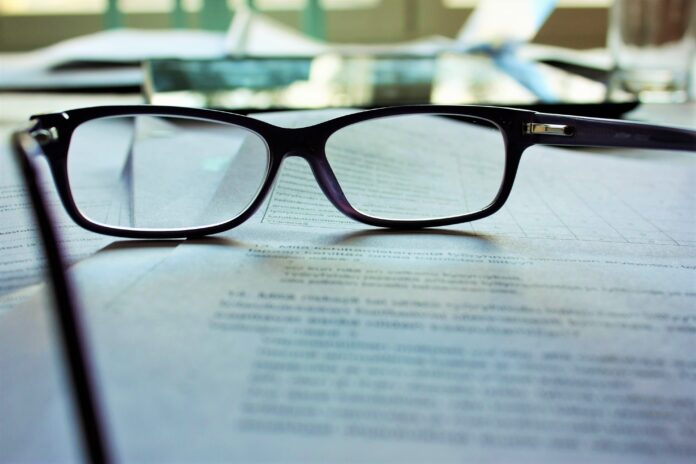 On April 5, the Wall Street Journal published an article about sub-prime borrowers falling increasingly behind on car payments. The article focused almost exclusively on the percentage of sub-prime consumers who are 60 or more days past due on their auto loan, and implied credit performance was spiraling out of control. As is typical for journalists covering this space, there was no context provided around the delinquency statistic. The American Financial Services Association did a great job refuting this particular article in a narrative that is housed on their website at afsaonline.org. In their rebuttal to the Journal, they also highlighted the typical mischaracterizations used by financial reporters.

It does not take many years in the industry to notice that these hatchet jobs pop up every two months or so. While this has been the case for more than 20 years, I am continually surprised that the story doesn’t change much. Each article reads almost as if was plagiarized from the previous ones. Here are some gems from the past:

The list could go on, but the editor only affords me so much space. These articles will continue to come out for two reasons. First, no one ever confronts the authors about their abysmal track record of forecasting crises; and second, bad news sells papers.

There is a familiar pattern that plays out whenever a flare-up of negative coverage occurs. Either a rating agency or credit reporting agency publishes statistics that include sharp changes in performance. These statistics provide the backdrop for an article by the mainstream financial press warning of serious issues. Finally, the financial tabloids (i.e., Motley Fool, Seeking Alpha, Wolf Street, etc.) republish the mainstream articles with a “sky is falling” headline.

While most people inside our industry recognize these pieces for what they are, it does not take away from the fact that they are an incredible nuisance. Auto lenders have many stakeholders who often do not realize how misleading these articles are, which creates pressure to respond quickly in order to minimize the fallout. Regulators, banks, capital partners and bond investors all worry about potential exposure, and they will look to well-informed managers to put things in perspective. In order to do this most effectively, lenders must understand the limitations in the source data. The two key sources of data that are used are from the Credit Reporting Agencies (Bureaus) and data provided by the rating agencies in relation to auto loan asset-backed securities (ABS).

Each quarter, TransUnion and Experian both publish reports on credit related trends in the auto finance sector, while Equifax provides data to the Federal Reserve. These activities result in a significant amount of analysis to interpret the data; however, much of the analysis fails to put the data in context – which makes it ripe for distortion.

When the credit bureaus report on sub-prime auto lending, they do it by isolating each credit niche using their own branded national credit score (as opposed to the actual FICO Score). While these scores are not an exact representation of FICO, they do sort risk in a similar fashion making them a reasonable proxy for analysis. The problem comes when the data is not broken down any further. Common examples of this come from:

Lender Mix: There is a strong overlap of lender types across the lower end of the credit score range. Large banks and captives fund “600” scores, for example, in their lower tails. Mid-tier sub-prime lenders might average a 600 score, whereas deep sub-prime lenders may see 600s in the upper end of their distribution. The banks and captives experience fewer defaults than sub-prime lenders at every score range because they are able to cherry-pick lower scoring applications. If banks and captives pull back from sub-prime loans, the remaining group will show higher delinquency and losses, even though nothing changed at the lender level. Some may argue that this distinction is not important as prime lenders do very little sub-prime, but hold on a moment. Consider Ally as an example. In 2015, their CEO announced that they were going to increase their percentage of sub-prime loans from 9 percent to between 12 and 15 percent. Ally presently originates close to $36 billion in auto loans annually. Even if sub-prime accounted for only 9 percent ($3.24 billion) – that is larger than the entire portfolio of the typical sub-prime lender. If banks and captive lenders pull back from deeper paper as they did at the outset of the pandemic, what is left will naturally look worse. Controlling for the mix is critical in determining whether a statistical shift is meaningful in the first place.

Seasoning: Delinquency rates in a growing portfolio are diluted by new loans coming into the denominator that haven’t had the chance to show poor performance. Conversely, when growth slows, portfolio level delinquency tends to increase because the denominator shrinks. In a similar manner, delinquency naturally rises as a portfolio ages. Credit bureaus typically report delinquency data by score-defined tiers (i.e., 10 percent of sub-prime borrowers are 60 days past due) without regard for where those loans are in their natural lifecycle.

Loan Structure: There are numerous non-bureau factors that are extremely important in evaluating credit risk. For example, a PTI greater than 14 percent has historically shown to lead to 50 percent higher defaults at every score level. High LTV loans tend to perform worse than loans with a stronger equity position. None of this is shocking to the auto lender, but this information is not captured in the bureau record. Application stability and key structure factors are missing, meaning that the mix of loans could change by score – but the risk could be more than offset by the structure.

Some of the most egregious articles written on sub-prime auto lending come from extrapolations on data released by the bond rating agencies. Note that I am not referring to the fine work done by the rating agencies themselves, but rather those who take a single statistic as support for sensationalism. This happens most frequently as it relates to sub-prime auto bond delinquency.

The most commonly cited statistics are 30+ and 60+ delinquency rates. The headline almost always reads “Sub-prime Auto Delinquency Highest Since Great Recession!” There is no question that it makes an eye-catching title, but the information is meaningless without context. Here are a few issues to consider:

• Each year, there are approximately $700 billion in auto loan originations. Historically, a third of those are considered to be sub-prime. In the last few years, the sub-prime population has decreased. According to Experian, that number presently sits at around 22 percent. That implies a current market size at around $150 billion. Presently, there are about $30 billion in sub-prime auto bonds issued annually (just under 20 percent of all sub-prime loans). According to Standard & Poor’s, nearly 50 percent of sub-prime auto bonds come from two lenders, while around 60 percent come from three lenders. Is delinquency increasing in the entire niche, or just for a single large player?

• More deep sub-prime lenders have had access to the bond market in the past few years, which changes the mix. Prime auto loan bonds are somewhat homogeneous, in that they all have similar loss and delinquency patterns; however, sub-prime bonds do not. Some sub-prime issuers experience cumulative net losses in the 10 percent range, while others go as high as 25 percent. When the composition of issuers becomes more diverse, performance statistics can shift dramatically. Once again, is delinquency increasing for the entire niche, or just for a single large player? For those who faithfully attend the NAF Conference (in August this year), you will remember what a great job Amy Martin does controlling for the mix issue when she presents on behalf of S&P.

• Aggregated sub-prime bond data does not account for lenders who make changes to their servicing strategy. Since the Great Recession, several issuers shifted their repossession assignment point to 80-90 days past due from 65. This has the natural effect of increasing delinquency, as many of the delinquent accounts would have been charged-off under the previous strategy. The underwriting quality and credit risk may not have shifted at all in this case, which is why it is imperative to look at the trajectory of charge-offs in conjunction with delinquency to determine if a shift in performance has really occurred.

Benjamin Franklin once said, “In this world nothing can be said to be certain, except death and taxes.” I would like to add sub-prime hit-pieces to that list, as it is certain there will be more. In the aftermath, lenders will be peppered with questions from investors, capital partners and debt providers as to what this means in relation to their own risk. For this reason, it is important to be prepared for these questions and have a strategy to respond. To do so, I recommend the following:

• Maintain a file of market presentations from the bureaus, rating agencies and industry conferences, paying special attention to performance trends.

• Perform scenario analysis on your own portfolio, and regularly update it to incorporate recent headline concerns. For example, many industry analysts worry about a vehicle value (or recovery) cliff due to the sharp increase in used vehicle values. For many sub-prime lenders, a drop in auction recoveries of 10 percent would lead to an increase in annualized net loss rate of around 50 basis points, and that increase is only temporary. When stakeholders ask about issues like this, having thoughtful analysis at your fingertips shows them both that the risk is manageable and that the leadership team has their eye on the risk.

• Read the negative articles and look for the source data. Is the issue a rise in delinquency? Were defaults considered? Is there a mix or seasoning issue? Did this same journalist predict a market implosion in the last few years that also did not happen? Did anyone notice that the person used by the recent Journal article as an illustration of the woes of sub-prime customers actually had a loan from JPMorgan Chase? Pay attention to the details, as they will come in handy later.

One would think that minding your own store and effectively managing credit performance would be enough to fend off critics. Unfortunately, it is not. Sub-prime lenders require leverage from debt facilities to make the economics work. This brings about scrutiny from many parties who are not as close to the business as you are. The fear of a downturn, recovery crisis or hidden default bubble is often enough to cause a contraction in capital. As such, each lender should be ahead of these issues so they are prepared to help others properly read the signs.