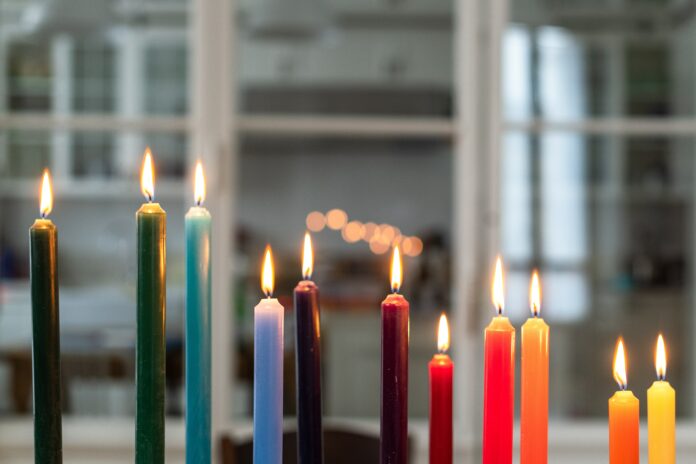 Imagine a government agency pursuing an agenda that, in order to correct a perceived problem, it ultimately eliminates that business function. That is the case here. The governmental agenda, in this instance, is equity and systemic racism. This government agency in its Consent Order boldly states that it is seeking a result that is equitable as opposed to one seeking equality:

The Department remains committed to rooting out discriminatory lending practices in the financial services industry and ensuring that all New York consumers are treated equitably.

Some people in government use the power of the government to bludgeon through political agendas by prosecuting businesses, as opposed to legislation, the appropriate remedy. It is a favored method of the CFPB and some state attorneys general. Those types of government actors recall George Washington’s sage observation:

Government is not reason, it is not eloquence – it is force! Like fire it is a dangerous servant and a fearful master; never for a moment should it be left to irresponsible action.

As a previous public servant for many years, I have witnessed government utilizing its great powers to achieve results through investigations and lawsuits that were, sadly, unfair to the defending victim, businesses attempting to earn a fair profit. Most people in government are fair-minded. However, some government people use their powers to exact politically desired results.

I have personally discussed vehicle transactions with hundreds of F&I managers in my lifetime and I can state, unequivocally, that F&I managers are the great heirs of the horse trading Old West generation. They are the “no cash left on the table” negotiators regardless of their customers’ race or ethnicity. The vast majority of these practitioners do not intentionally discriminate but will be hard bargainers, not an illegal activity.

The cause celebre of federal and certain state governments is, presently, systemic racism, an alleged form of racism that is, supposedly, endemic in our laws. Theoretically, it leads to discrimination in various ways such as criminal justice, employment, and entering into retail installment sale contracts. The solution, according to some government actors, is to advance racial equity. It is an announced objective of the CFPB.

The dictionary defines equality as the state of being equal in rights, status, and opportunity. It is argued by progressive factions that equality aims to promote fairness and justice, but it can only work if everyone starts from the same place and needs the same things. A solution to this alleged problem is to advance an agenda of racial equity where the result is essentially equal.

In the Matter of Adirondack Trust Company versus the New York State Department of Financial Services, (NYDFS), Adirondack Trust settled the case, based upon alleged discrimination, and decided to discontinue underwriting retail installment sale contracts as a draconian consequence. Before the settlement, dealers were permitted, with Adirondack’s assent, to add up to 200 basis points (2%) to the buy rate in an assigned retail installment sale contract, not an unusual underwriting protocol. Adirondack would not know the race or ethnicity of the credit applicant but would decide how many basis points could be added to the transacted buy rate. The NYDFS’s investigation purportedly found that Adirondack Trust’ practices resulted in members of protected classes, namely race and/or ethnicity, paying higher interest rates than non-Hispanic white borrowers for their retail installment sale contracts, allegedly without regard to their creditworthiness. Ultimately, Adirondack Trust Company paid a $275,000 penalty to the state and donated $50,000 to community development organizations focusing on underserved groups.

The NYDFS determined that the dealer retail margin (i.e., the difference between the buy and sell rates) in Adirondack’s retail installment sale contracts from January 1, 2016, to October 31, 2017, was 59 basis points higher for black customers than for white customers, 46 basis points higher for Hispanic customers and 30 points for Asian borrowers. It was averred that the differences were not based on the creditworthiness of the respective customers or any other objective criteria. According to the settlement
“These disparities are statistically significant and not based on creditworthiness or other objective criteria related to borrower risk.”

NYDFS used a complex proxy model that factors in a customer’s address and surname, the Bayesian Improved Surname Geocoding or BISG method. According to the Consent Order, ” The BISG proxy probability is a commonly accepted proxy probability method in the scientific or academic community and is used across multiple disciplines. It is known for being more accurate than other statistical methods for approximating the overall reported distribution of race and ethnicity. The joint race and national origin probabilities obtained through the BISG method were used by the Department to assign a probable race to borrowers in the time frame involved in the probe.”

It can also readily be argued that these retail margins 59, 46, and thirty basis points are immaterial as the credit reports of these customers is unknown. In addition, there is no evidence that Adirondack Trust intentionally discriminated against anyone. Nor, would Adirondack Trust be on notice that any discrimination could be occurring. The Consent Agreement concluded that there was no intention to discriminate nor did Adirondack have access to the race or ethnicity of these customers.

Adirondack Trust is a relatively small financing source and the cost of litigating against the NYFSD would be prohibitive. Hence, it probably decided to settle the investigation and admitted to these allegations, including agreeing to the following statement, even though it appears that it did nothing wrong:

“ WHEREAS, Adirondack is committed to taking action which will serve to combat systemic racism in the communities in which it operates;…”

• to identify a mercurial measure of discrimination,

• which leads to a financing source paying damages,

is a highly questionable manner to advance justice and fairness. In fact, it’s government bullying a financial institution with its raw power. But to some actors in government, it’s a job well done. Perhaps a remedy these governmental actors could rally around, would be the removal of all lending sources from underwriting retail installment sale contracts thereby eliminating all systemic racism in the car business. Dealers and financing sources can look forward to more of these investigations in the coming months.