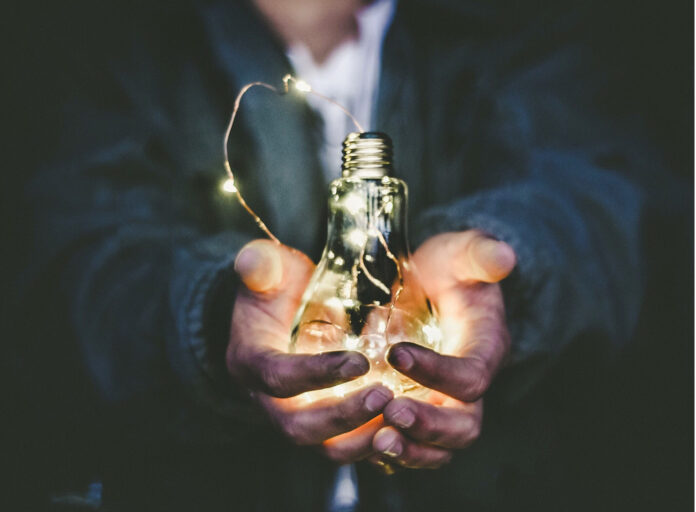 Who comes to mind when you think of companies that do things differently?
Apple? Of course. The company and its products are known for design innovation and inspiring innovation in the users of its products. Amazon? Certainly. It’s disrupted long-running industries and turned delivery modes upside down. The company I now lead? Perhaps. If you know the industry. Perhaps more if the next year or two shapes up as expected.

Boston Consulting Group publishes an annual list of the “50 Most Innovative Companies” and has for most years since 2003. For 2022, Apple and Amazon, now #1 and #3 respectively, are consistently at the top of the list, as is Microsoft, now #2. The list contains some names in auto you would expect – Tesla, Toyota, Hyundai – and some newcomers to the list that might surprise you – specifically General Motors, #42, and Ford, #43.

We think of General Motors and Ford as giants in their industry, each with a century of history and automation expertise behind them, but not as innovators. The fact that they’re new to the almost-two-decades old BCG list backs up that line of thought. So, why these two? Why this year?

Because they began doing things differently.

Both long-time car manufacturers have been early into the EV market. Between 2020 and 2025, GM plans to invest $35 billion in EV and AV development and has proclaimed it’s “on its way to an all-electric future.” Ford plans for EV product to reach 600,000 vehicles by late 2023 and 2 million-plus by 2026. BCG evaluated “green growth” and “climate and sustainability” (C&S) in its consideration of innovative companies and these two long-time car makers were among the earliest to embrace environmental, social, and governance (ESG) principles.

Of innovation, BCG says:
“… whether related to product, process, or business model—[innovation] is not a siloed function, and it does not take place in a walled-off lab. Progress depends on the same human and technological capabilities that drive success elsewhere. These include collaboration, digitization, harnessing data, building artificial intelligence (AI), developing requisite human skills, and implementing cross-functional teams and agile ways of working.”

But the good news is, innovation can be a matter of borrowing and improving.

When I was in the tax business, my team’s job was to help consumers prepare their own taxes. Sounds simple. But, what’s complicated about paying taxes? Understanding the language. Understanding what is being asked so that you can provide the correct answer.
What we did was innovative for the time. First, we identified the problem: the difficulty of understanding what’s being asked. Then, we set out to solve it.

Instead of using the language of tax code and expecting people to understand it, we, in essence, translated tax code into English for “normal people” (aka non-tax professionals). We used the translation to create a series of easy-to-understand questions. Then, we gave them a wizard that stepped them through the questions. Once answered, tax forms were automatically filled in the appropriate places and calculations completed.

Now, if you’ve used digital or online tax preparation in the last decade, you’ll recognize our innovation as a norm. Others have “borrowed” from it. And when I moved from tax and into the payments industry, I did, too. (Actually, applying this exact same technique to payments was innovative, certainly different, and got even better results. But that’s a conversation for another day.)

Innovation doesn’t require you start from scratch every time. You can innovate and do things differently after borrowing ideas. Borrowing, innovating, and doing things differently is laid out plainly in the book “Borrowing Brilliance, The Six Steps to Business Innovation By Building on the Ideas of Others” by David Kord Murray. Dave, a former aerospace scientist, is currently chief strategy officer at defi SOLUTIONS.

According to Dave, there is no such thing as a truly original idea. He cites Albert Einstein’s “The secret to creativity is knowing how to hide your sources” and says both Steve Jobs and Bill Gates borrowed extensively in the creation of BCG’s #1 and #2. The concept for #43’s original vehicle was borrowed from the horse-drawn carriage and #42 refined it to be “more interesting” and “more expensive.” (You’ll have to ask Dave about #3.)

If I haven’t already convinced you, then read the book and work the six steps, you’ll see there’s no reason that you can’t be doing things differently, too.

Will a company I lead ever end up on Boston Consulting Group’s Most Innovative Companies? Maybe. But a company I lead will definitively be forward-thinking, form collaborative partnerships, create processes for seamless execution, and do things differently.

As for the recognition we earn, we’ll just have to keep up the hard work and see.