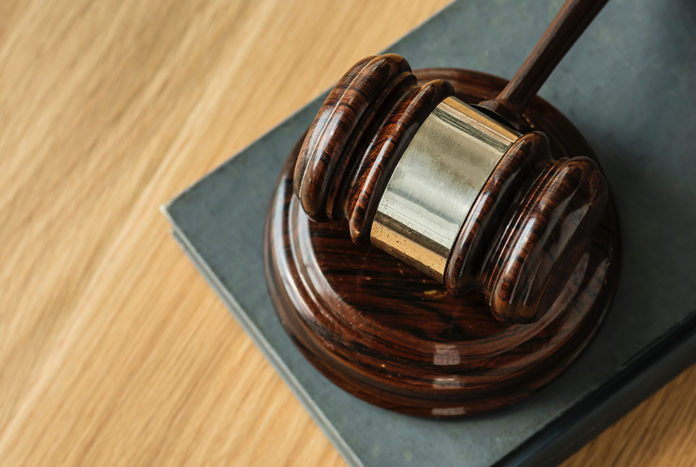 The Federal Trade Commission (FTC) has had a target on auto dealers for a couple of years now and has recently brought another case settling charges that an auto group violated the Equal Credit Opportunity Act and the FTC Act. At first glance, this case might look similar to other recent FTC settlements with auto dealers. But there are some quite troubling aspects of this case and perhaps one bright spot. Let’s take a look.

Passport Automotive Group (Passport) and two of its officers reached a $3.38 million settlement with the FTC over allegations that it discriminated against Black and Latino consumers and added “junk fees” onto the cost of its vehicles. Here’s what the FTC accused Passport of doing.

First, the FTC claimed the automotive group committed deceptive practices in pricing its cars. It advertised some inspected, reconditioned, or certified used vehicles at specific prices, but it then charged consumers extra fees for the inspection, reconditioning, or certification. The FTC said the dealerships’ advertised prices already included these fees and that Passport was “double charging” consumers for these services. This conduct was deceptive in two ways. The first was false advertising; the dealership advertised specific cars at specific prices but would not sell them at the advertised prices. The FTC also said the auto group misrepresented that these extra fees for inspection, reconditioning, and certification were “required,” when in fact they were not.

Second, the FTC said Passport discriminated against Black and Latino customers, and this is where the case gets more interesting. The dealerships allegedly charged these customers higher rate spreads (“markups”) than non-Latino white consumers. We have seen this allegation in two previous Commission cases, and the Consumer Financial Protection Bureau brought several high-profile cases against banks and auto finance companies for this type of credit pricing discrimination under former director Richard Cordray’s leadership.
The FTC said Passport also violated the FTC Act by imposing higher costs on Black and Latino consumers than on similarly situated non-Latino white consumers. Of course, Section 5 of the FTC Act says nothing about discrimination. Rather, it bans “unfair and deceptive” acts and practices. According to the FTC, discrimination is unfair. CFPB Director Rohit Chopra created a stir last Spring when he announced the Bureau considered discrimination to be an unfair practice, a view he first espoused when he was an FTC Commissioner.

To understand the significance of this claim of unfair discrimination, it helps to look closely at the types of fees the FTC said were discriminatory. We can think of fees as coming in two flavors: credit-related fees, like interest; and non-credit fees, like charges for goods and services. Discrimination involving credit fees violates the ECOA. Discrimination involving non-credit fees does not. For example, charging minorities a higher price for a good – like a car – based on the customer’s race would be a terrible practice and it might violate a civil rights law, but it is not credit discrimination that violates the ECOA.

One type of fee the complaint discusses is a credit-related fee, higher interest rate spreads. If charged to minorities based on race or national origin, this would be illegal disparate treatment under the ECOA. Because this practice would already be covered by the ECOA, one wonders why the FTC felt the need to also label it unfair discrimination in violation of Section 5 of the FTC Act. It is unnecessary, as a dissenting Commissioner pointed out, and seems to be part of the complaint just to make a point.

The next type of fee is not credit related. This is where the Commission breaks new ground. The FTC said that Passport charged Black and Latino customers fees for extra inspection, reconditioning, and certification more frequently and in higher amounts than it charged non-Latino White consumers. These fees are not credit related because they have nothing to do with whether the customer financed the car. Because this is not discrimination in a credit transaction, the conduct does not violate the ECOA.

What’s Wrong with ‘Unfair Discrimination’?
If Passport intentionally took advantage of Black and Latino customers by levying these double charges for inspection against them more often because of their race or national origin, that would be shameful conduct. We don’t actually know what happened for certain, because this was a settlement with no finding of misconduct. And the FTC’s discussion of the facts is too vague to get a clear picture of that the FTC is even claiming.

Recall that there are two theories used to challenge credit discrimination. Disparate treatment is intentional discrimination, that is, discrimination against a protected group on the basis of race, color, national origin, or another prohibited factor. Disparate impact is a theory that does not require intent. Instead, it requires a factor that is neutral on its face but has the effect of illegal discrimination. The FTC’s complaint does not mention any neutral factor that let to higher fees charged to Blacks and Latinos, so we assume this is a disparate treatment case. But disparate treatment requires that consumers treated less favorably suffer this injury because of their race, national origin, or other protected status. Did the FTC have evidence of intentional discrimination? If so, the complaint did not mention it.

Speaking of prohibited bases, what exactly are the illegal factors under “unfair” discrimination? Americans have several federal anti-discrimination laws; the ECOA, the Fair Housing Act, and the Equal Employment Opportunity Act, for example. Each has a list of prohibited bases – but each law has a different list! Who did Congress intend to protect under the unfairness prong of Section 5? The answer is “everyone”; the FTC Act has no protected groups. We all have the right to be free of unfair and deceptive practices.

The FTC focused on Blacks and Latinos in the Passport case. But both federal and state laws protect servicemembers in some situations. The Fair Housing Act protects families with children. If parents had been double charge for inspections and certifications more often than consumers without children, would that have been unfair discrimination? Where does one draw the line with unfair discrimination, and who gets to decide?

Finally, it is important to note that discrimination under the ECOA and other anti-discrimination laws has defenses and burdens of proof that have been developed over decades of case law. Director Chopra stressed that unfair discrimination incorporated the disparate impact theory, in his view. If a creditor is found to have a policy or practice that has the unintended effect of disadvantaging a protected group more frequently, the creditor may defend this outcome under the ECOA by proving a business justification for the challenged practice. For example, a creditor’s policy of offering better interest rates to consumers with higher credit scores might be found to have a greater negative impact against protected groups who have, on average, lower credit scores. But the creditor might successfully defend its consideration of credit scores by demonstrating that credit scores are valuable in predicting repayment. On the other hand, there is no business justification defense in a Section 5 unfairness analysis. This fact raises the very real concern that government agencies will not allow a company to assert a business justification defense when it claims a neutral practice has the effect of “unfair” discrimination.

How the Matter Ended for Passport
The Passport settlement order required the dealership group – and two executives – to pay a whopping $3.38 million fine. In addition to the fine, the proposed settlement order includes a remediation plan, changing how Passport, which operates nine car dealerships in the Washington, D.C. metropolitan area, will operate going forward.
Specifically, those provisions include: (1) a broad prohibition on misrepresenting the costs or terms to buy, lease, or finance a car; (2) a requirement that the dealerships get consumers’ express, informed consent before charging them any fees; (3) a prohibition on dealerships charging different groups different markups; and (4) a requirement that all employees involved in the extension, renewal, or continuation of credit receive fair lending training.

The order ends the dealership group’s ability to charge different rate spreads to different consumers, even in the absence of any discrimination. The dealers can set the interest rate on every contract at the buy rate quoted by the finance source, or they can charge the same rate spread to every customer, but the rate spread is capped at 100 basis points. This is a permanent requirement, and one can imagine that, over time, it can create a significant hit to the automotive group’s earnings.

The decision to name two executives personally in the complaint and order was controversial, even within the FTC leadership. The excerpts from emails to and from these executives largely reflected their dismay that some employees were adding inspection or reconditioning fees to used car sales, despite strong efforts to stop the practice. The messages did not make a case that the executives supported or were even indifferent to these fees. But ultimately three of the five FTC Commissioners believed that they had not done enough to stop the practice.

The Kernel of Good News for Dealers and Finance Sources
Overall, this was a harsh order against Passport. And it is likely to set some unfortunate precedents in future FTC investigations and settlement negotiations. It is hard to find any good news in this action, but one may exist, and it relates to the fair lending rate spread program.

Reading between the lines, we believe that Passport intended to adopt the National Automobile Dealers Association’s Fair Credit Compliance Policy & Program. That program, based on U.S. Department of Justice enforcement actions, is designed to protect dealers from discrimination charges. The program requires a dealer to set a standard maximum rate spread and to charge every credit customer that amount over the buy rate, unless the dealer has a legitimate, nondiscriminatory reason in a particular deal to charge less. Passport adopted this policy, and set its maximum rate spread at 200 basis points.

But the program requires dealerships to document the reason for exceptions to the standard rate spread for each deal, and this is where Passport appears to have dropped the ball. The complaint alleges that in some cases Passport did not fill out the rate exception form or did so incompletely by not checking the reason for the rate exception or by not obtaining the two dealership signatures required. Passport also allegedly did not audit the program to ensure the program was being effectively implemented.

The good news is that dealers can avoid the ECOA charges Passport faced by implementing the NADA Fair Credit Compliance Policy & Program fully. By providing a detailed discussion of Passport’s mistakes in implementing the NADA program, the FTC almost certainly intended to signal to other dealers and their finance sources how to operate a dealer participation or rate spread program without taking on legal risk.

The NADA program’s recordkeeping requirements are not complicated. But sloppy execution will wipe out the legal protections it is intended to provide. Finance sources have previously been held responsible for variations in average rate spreads to different demographic groups that resulted from discretionary rate spreads. We are seeing a revival of these “rate spread” investigations and enforcement actions against creditors by both federal and state agencies.

The Passport settlement reminds us of the importance of truthful and transparent pricing in the sale, financing, and leasing of motor vehicles. However, the subtle but more critical message is the value of adopting the NADA Fair Credit Compliance Policy & Program and, once it’s in place, monitoring and auditing its implementation. Adoption without follow-through gains nothing. We’ve been cautioned. Dealers, with the support of finance sources, have the tools to make Passport the last ECOA rate-spread discrimination case we see. Such an outcome would be terrific for dealers their customers and finance sources.