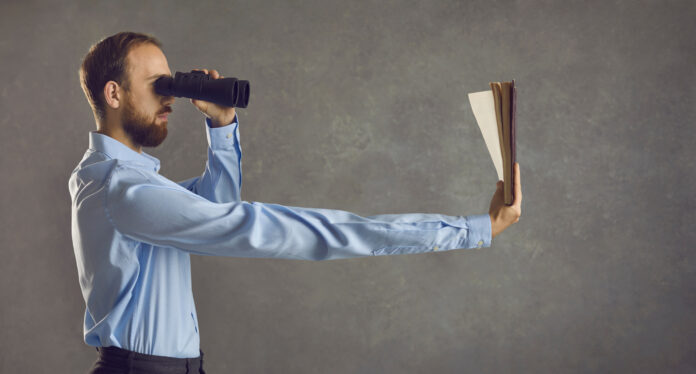 The third quarter of 2022 concluded with numerous signs suggesting negative economic headwinds are upon us. The Wall Street Journal reported on October 23 that far more S&P 500 companies missed earnings estimates than expected. New orders continue to fall (refer to the ISM’s Manufacturing PMI Report) while production costs are skyrocketing. The Federal Reserve is actively hitting the brakes on the economy through interest rate increases in hopes of stemming a continuing rise in inflation.

Most auto lenders have seen a modest rise in delinquency and default over the past three to six months when compared to a year ago, and these same lenders expect to see that trend continue as consumers face economic stress at the outset of 2023. Coincidentally, not many lenders have taken bold steps to mitigate this potential risk. When it comes to economic predictions, nothing is a foregone conclusion. Forecasts tend to be negative, often because those who make them have little to risk by doing so. Managers tend to wait to pull back until the negative performance becomes a serious threat.

While I am certainly not predicting an economic and auto lending industry meltdown, I do believe we are likely to see a general 10 to 20 percent increase in portfolio level delinquency through the first half of the coming year. At some point, lenders will take action to keep performance within the proper range. When this happens, it is crucial that managers take into consideration the larger view of credit risk, as opposed to focusing too much on early stage performance.

The Performance Life Cycle
There are two general components that comprise the risk of any consumer loan portfolio – baseline risk and special risk. Baseline risk represents the losses one should naturally expect from a pool of loans based on the credit niche from which it is drawn. For example, prime loans will typically have between a one and two percent cumulative unit default rate. Upper 500’s to low 600’s (national credit score) subprime auto paper should produce between twenty and thirty percent cumulative unit defaults. Deep subprime down to BHPH pools should have between a 40 and 50 percent default rate.

The baseline level of defaults is a state of nature, meaning no amount of magical AI or machine learning can get away from the underlying (or baseline) level of risk present in a pool of loan applications. Models can help you cherry pick that paper, but it is something akin to selective breeding – I might be able to breed a mutt into a greyhound, but not cross species and create an elephant. The most critical aspect of credit risk (and fundamental purpose of an originations model) is to recognize the risk present in whatever mix of applications that lands in front of you.

Special risk represents factors tied to the point of origination that increases delinquency and loss above what should be expected based on raw credit factors. This includes adverse selection from a program that is out of market, poor funding and verification practices and getting put together by an unscrupulous dealer. Other sources include consumer fraud, and the fact that some people have no intention of paying on the car from the outset. There may be no prior indication of this on the credit bureau report, which makes some component of special risk impossible to eliminate.

Consider the graph titled “Mid-Tier Generic Subprime Trend”. As is evident in the delinquency graph, there is a sharp peak in the first six months on books. This shape is likely very familiar to those of you who regularly produce static pool delinquency graphs, and it is caused by special risk – or negative factors that were missed at the point of origination. Once those early defaults clear out, delinquency drops and resumes a steady rise as the portfolio matures. Of course, the absolute level of delinquency will vary substantially by credit niche, but the shape should be similar. As a side note, I tend to not pay much attention to static pool delinquency graphs after around two years, as a substantial portion of the denominator has run off and the numbers tend to become volatile after that point. 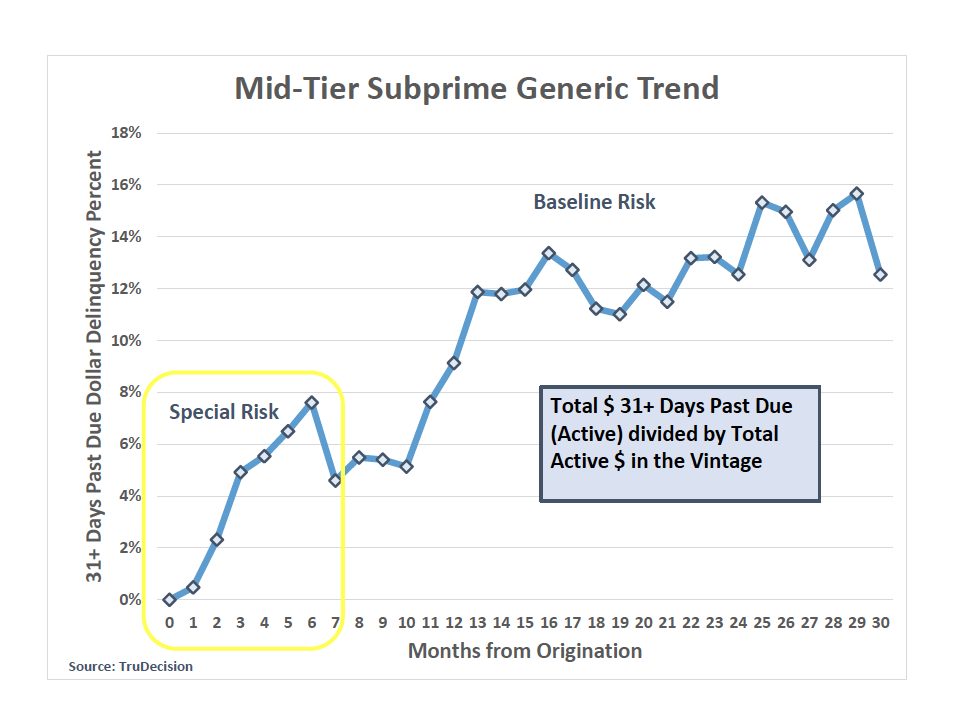 Now refer to the graph titled “Subprime Auto Loan ABS Cumulative Net Losses” from historic data reported by Fitch Ratings. There are two important takeaways related to this graph. First, most of the defaults from the Special Risk category have occurred by around six months in. At that point, cumulative net defaults are between one and two percent, but they terminate at levels between 8 and 16 percent. This indicates that less than 13 percent of total defaults happen in this early stage. 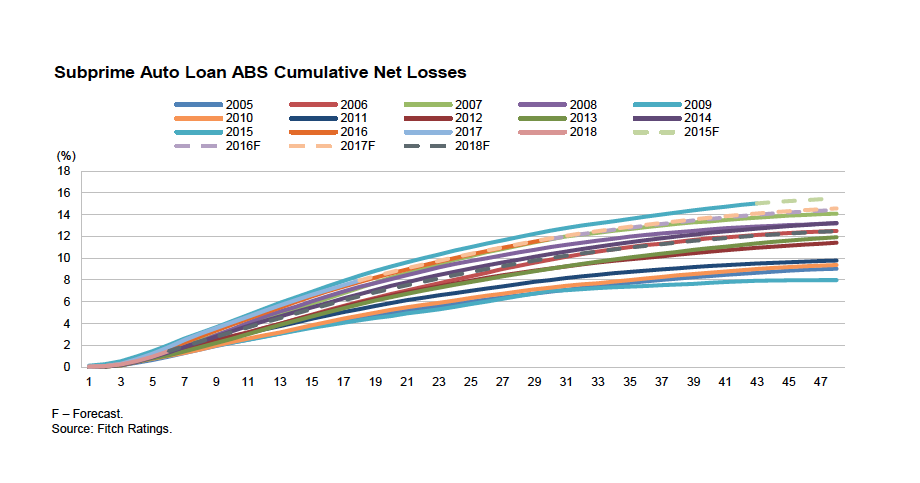 The second important takeaway is that lenders do not know much by six months into the life of a pool of loans. For the better pools in the Fitch graph (2009-2014), losses are in the same place at six months, but end up with a spread of 400 basis points at the end (i.e., four to eight percent). Likewise, the worse pools (pre-recession and 2015 forward) are on top of each other at six months, but end up with cumulative net loss levels between 12 to 16 percent at termination.

The Big Picture
When fraud models were first introduced in the early 2000’s, most companies did not flag identity theft or other forms of fraud in their data warehouses. The credit bureaus and other vendors relied on first-payment defaults as a proxy for fraud in order to show lenders the lift they could achieve by using their products. These products sell very well today, and many risk managers spend quite a bit of money on them.

In my experience, there tends to be an almost obsessive focus on first-payment defaults when it comes to managing auto credit risk. While there is certainly a correlation to ultimate loss levels, almost ninety percent of a lender’s total charge-offs occur after that phase, and have little to do with those items missed at origination. Do not misunderstand the point – one should diligently manage early non-payment risk, but should do so without neglecting the greater portion.

Managing the big picture of credit risk involves tracking factors related to the underlying strength of the paper and accounting for the origination model’s sensitivity to ever changing environmental factors. Best practices to accomplish this include focus on the following:

• Embrace Credit Scoring: There should be no question at this stage of our industry’s development that scoring models provide a powerful ability to rank-order levels of risk, and as such, I recommend that lenders embrace these tools. But, it is not just the score that should be deployed and monitored. Credit scores represent a class of models referred to as compensatory, meaning that positive factors can offset negative factors and vice versa. There are many ways to arrive at a particular score, and so lenders must track the shifting distributions of the inputs to their scores in order to obtain early warning that credit is changing. Think of it this way – there is a profound difference between a 550 credit score applicant with two trades and two years in file, and one with 20 years in file and 30 trade lines who recently hit a rough patch. I would take the latter 10 times out of 10.

• Track and Manage Exceptions: Most judgmental underwriters believe they can walk into Vegas and beat the house. None of them believe any of their approvals will default, or they wouldn’t make them – but the fact of the matter is that all buyers have some defaults. The underwriter’s intuition and experience can be important in handling risks the model may not cover, but if the lender only uses the score when buyers agree with it the result is the same as if they did not have a model at all. Listen to your people’s concerns, but limit exceptions and track the outcomes. Find out which exceptions led to a win and which ones didn’t. Standardize the wins and strengthen your models by layering on sound credit policy.

• Develop Robust Loss Forecasting: The score and credit program are the beginning of controlling risk, not the end. Program tiers and originations models put applications in order of most to least risky. Unfortunately, many environmental factors intrude over the multi-year life of a vintage that shift the outcome. For this reason, it is imperative to either engage an expert or develop in-house competency to integrate the impact of seasonality, competitive factors, economic conditions and strategy shifts on portfolio performance. Don’t simply trust highly sophisticated models built on yesterday’s environment to be clairvoyant to the turmoil of today.

If we are in fact entering a recessionary environment in 2023, debt-stressed consumers with expensive cars that are rapidly depreciating will be the first to fall at every credit score level. Lenders who wait until negative performance becomes obvious will have to make painful cuts in order to bring credit in line. Those who anticipate these factors, and embrace a holistic view of credit risk will be able to make surgical adjustments ahead of a crisis, and may even be able to grow while others are pulling back.